The Great Blue Norther of 11/11/11 included several states including Michigan and the city of Owosso.

A cold snap that affected the central United States on Saturday, November 11, 1911 in which many cities broke record highs early that afternoon. By nightfall, cities were dealing with single-digit temperatures on the Fahrenheit scale. This is the only day in many midwest cities' weather bureau jurisdictions where the record highs and lows were broken for the same day. Some cities experienced tornadoes on Saturday and a blizzard on Sunday.

The tornado entered the city of Owosso on the southwest side and moved northeast. A young couple died when the their house on Chipman St. tipped over. 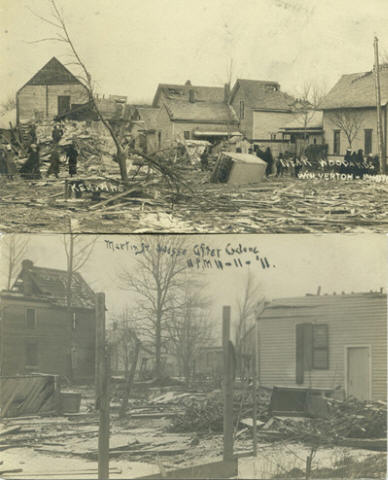 Below is the bed in which Mr. & Mrs. Harry Corwin died when the roof collapsed. 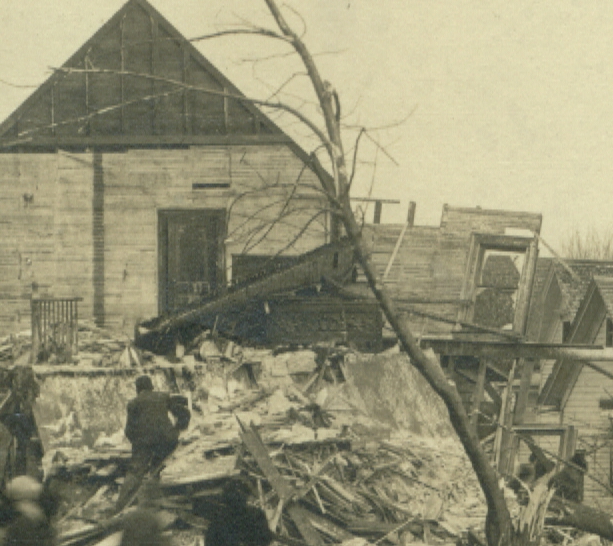 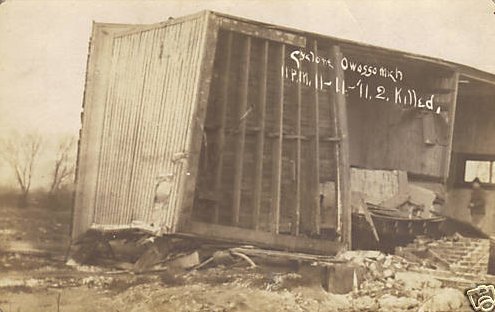 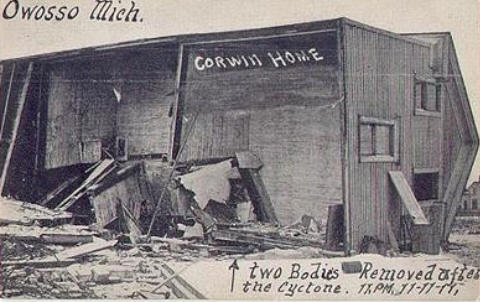 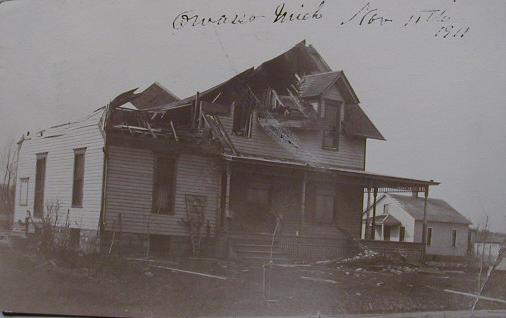 On the back of the above photo is written....."house where the teacher was buried and died this morning "

Several buildings destroyed, church steeples blown off and many trees and wires down.

It entered Owosso from at the southwest corner and after killing the Corwins on Chipman St., it destroyed the Estey Furniture plant B which was situated on the north side of the railroad tracks at Elm St.

The tornado moved north on Elm St. to wreck a portion of the Owosso Casket building.

It then went northeast to destroy the City Steam Laundry building located at 328 -330 W. Main St. which was on the west side of the Shiawassee River at the Main St. bridge.

Several homes along the 300 block of W. Williams and W. Oliver St. were heavily damaged also.

Thousands of dollars (estimated at over a half million dollars) in damage, two deaths and several other injuries makes this the counties worst toranado. 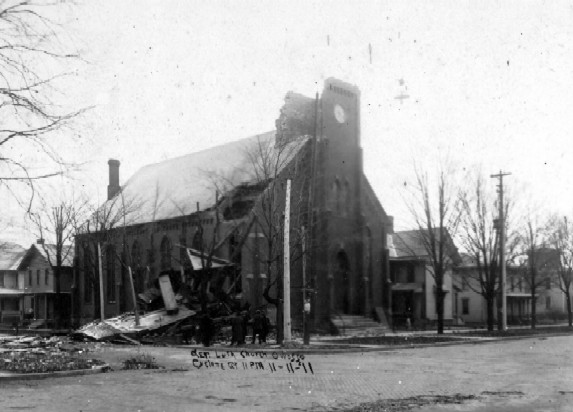 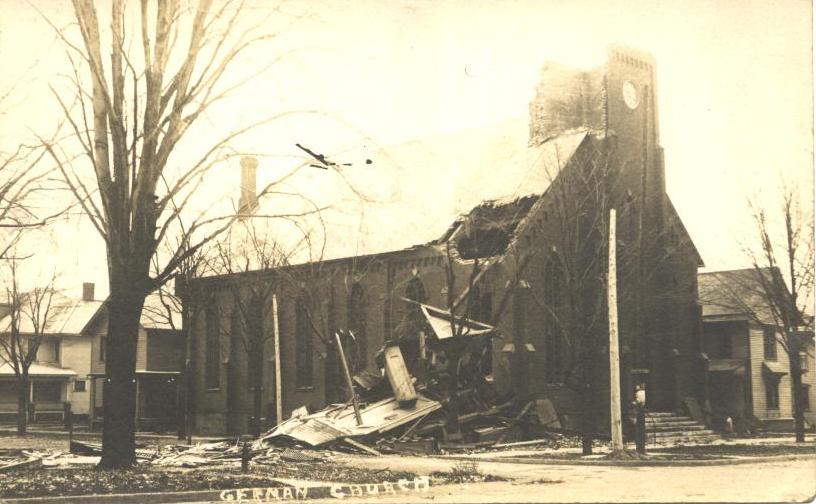 Below are more scenes of destruction. 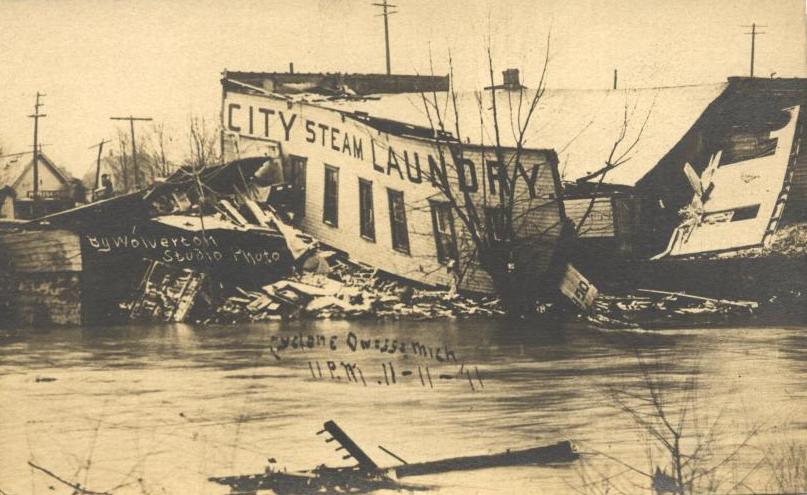 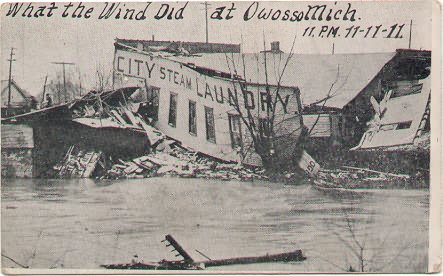 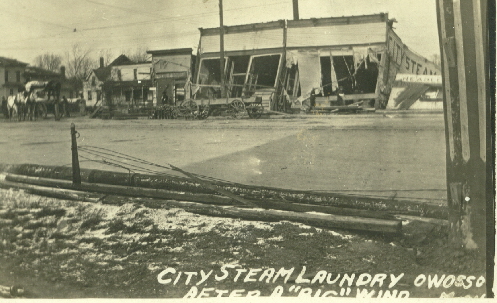 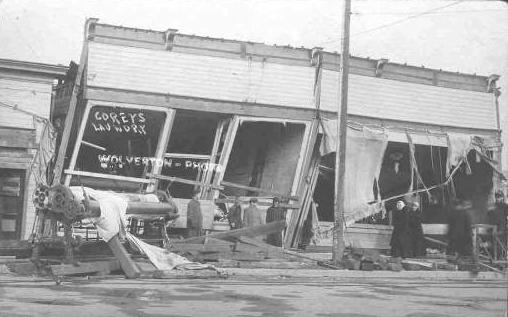 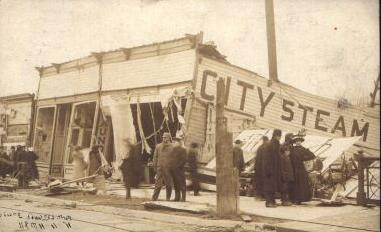 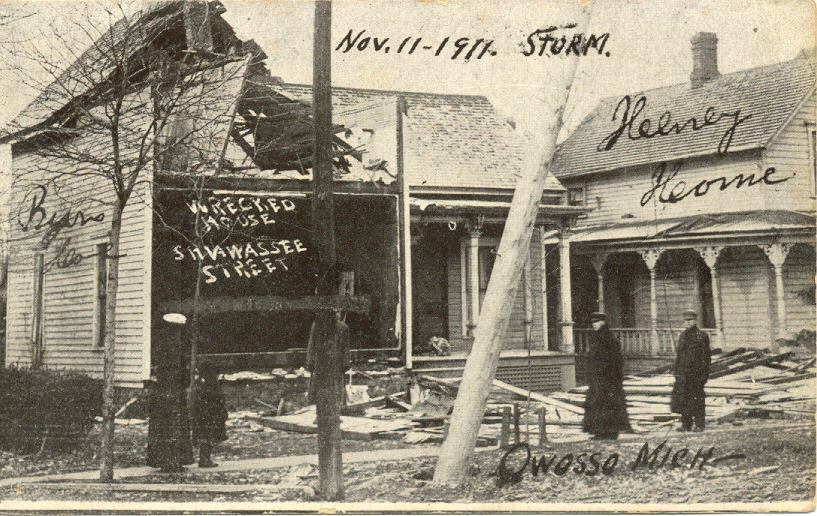 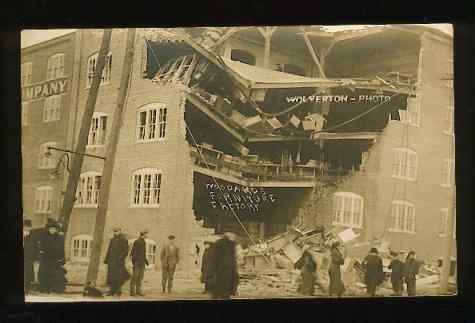 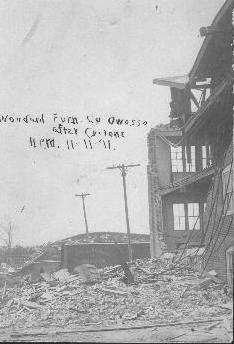 Estey Furniture Factory B, also known as the White Elephant, was built in 1897 in approximately 57 hours. It was a three story frame structure with a basement. Unfortunately, tragedy was to strike the company when the Tornado of the Elevens destroyed the building The company carried no insurance against tornados. 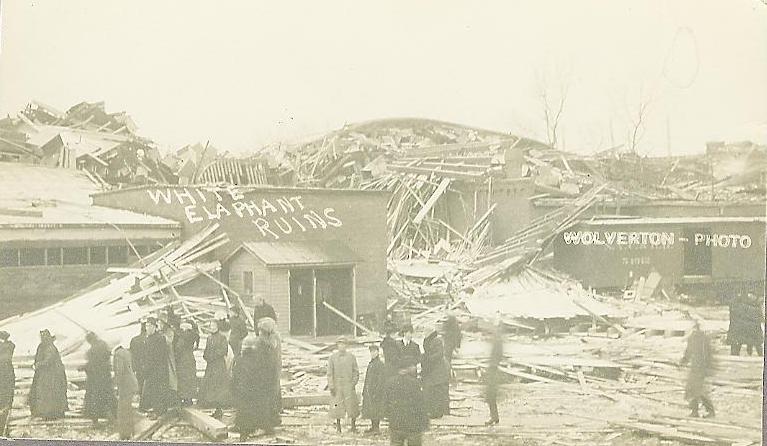 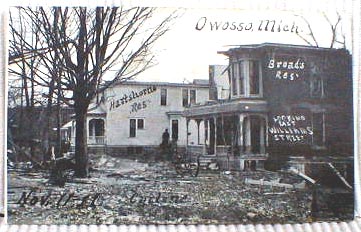 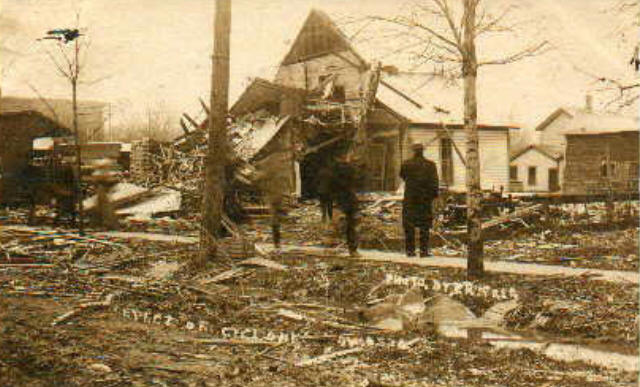 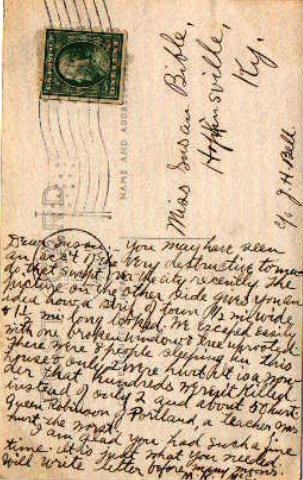 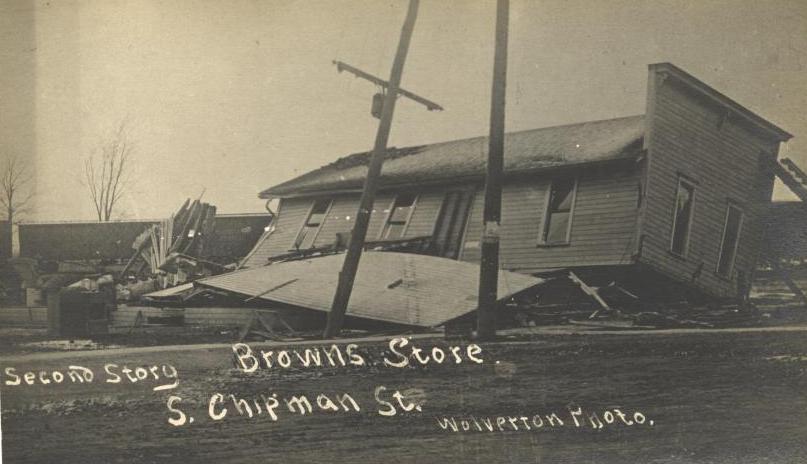