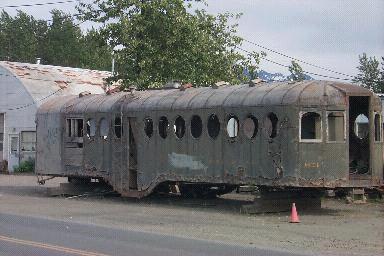 While in Alaska in June, 2000, John Combs, found what he believed to be an old McKeen car located just outside the Alaska Railroad's Anchorage yard.