John started the Owosso Brewery on Corunna Ave. in 1855. 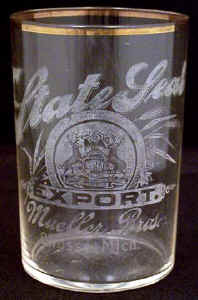 Louis and Charles started the brewery in the 1890's. But in Sept. 1898 it burned to the ground along with the Woodard Furniture Co. and Mill. The brewery was rebuilt at its original place 301 W. Main St. 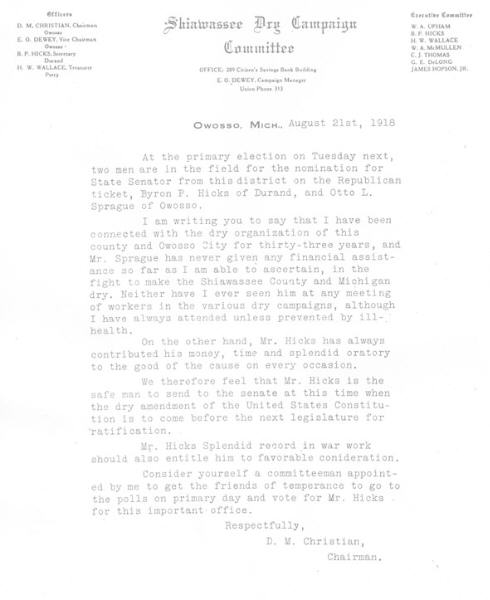 This letter was sent out by the Shiawassee Dry Campaign Committee endorsing their 'DRY' supporters.

The village of Oakley is located on M-52 just north of the county line in Saginaw County, which was not a dry county. Old timers remember a string of car headlights could be seen every night heading to the Oakley bars for refreshments.

The same was true with Genesee County to the east. Lennon was on the county line and the bars on the east side of town did 'big' business.

Prohibition put the Muellers out of business and in 1915 Roy Matthews bought the building and converted it to offices. He later served as Shiawassee County Probate Judge. 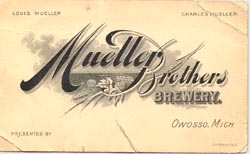 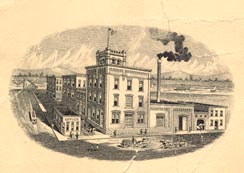 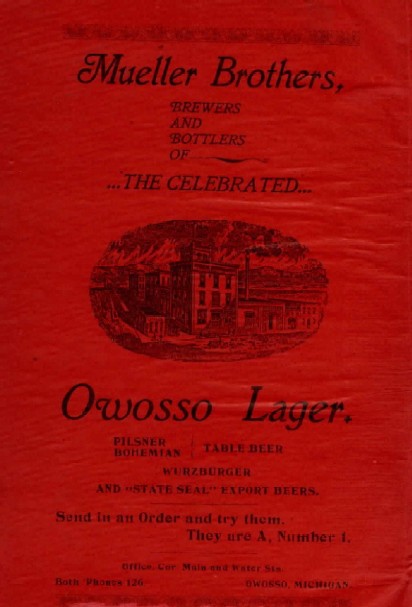 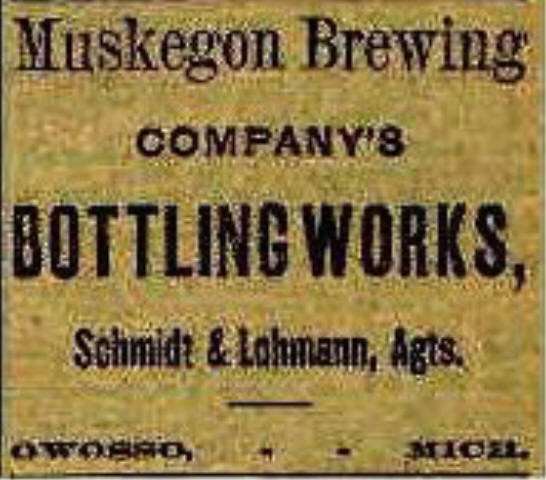 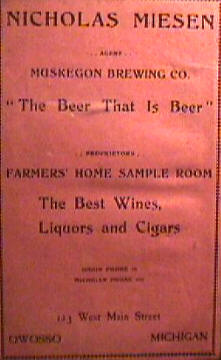 Due to the fact that Corunna had a coal mining operation, it is believed that there might have been a brewery in Corunna. Few records can be found concerning this company.