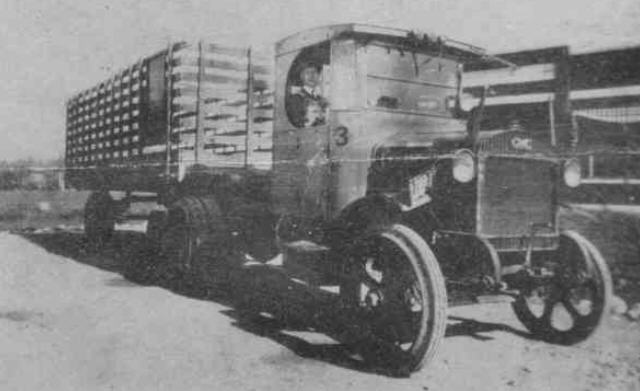 This GMC truck had hard rubber tires,
but it served to get Douglas started.

Prior to 1929, according to President and General Manager James E. Douglas, operations were confined to service between Detroit, Flint, Owosso, Grand Rapids, Saginaw and Lansing. In 1929, the business was sold to the Michigan Electric Railways.

Back in business again in 1932, Douglas purchased a line between Owosso and Saginaw, and a year later started operating between Chicago and Owosso and Saginaw (Michigan). In 1937, operating rights and equipment of the State Trucking Service, Inc., were purchased, which gave permission to operate in Detroit, Flint, Saginaw, Owosso, Lansing and Pontiac.

In 1923, Douglas built a terminal and garage in Owosso. The company later added an 80 foot dock, a modern office 50 feet square and a stock room 20 x 50 feet. Completed also were new terminals in Pontiac, Detroit and Flint.

Other terminals in Saginaw, Lansing and Chicago were on a rental basis. The main garage at Owosso was completely equipped with tools, machinery, wrecker and service trucks.

Douglas Trucking was later known as "Blue Arrow Douglas" and closed in the 1980's. 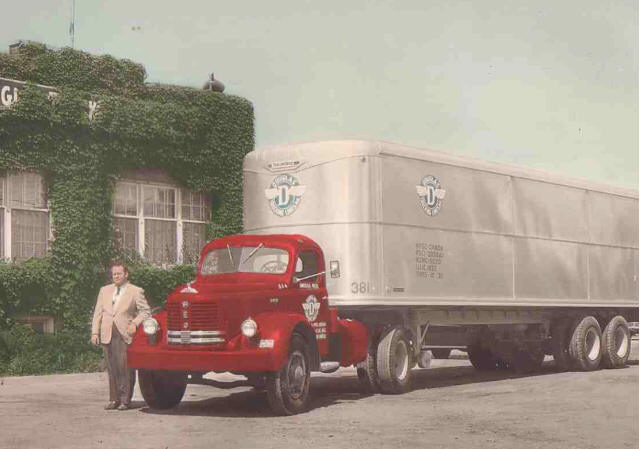