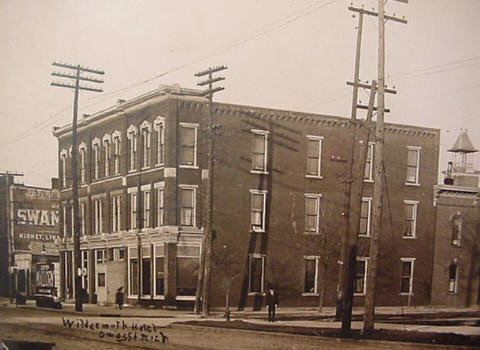 The Wildermuth Hotel in about 1909 was located on the northeast corner of Washington and Comstock Streets. This building still stands today and houses the offices of Indian Trails Bus Lines with retail on the main floors.
Notice the tower on the right which was actually on Main St. It was the hose drying tower for the Owosso Fire Department.

J. Fred Wildermuth and his wife started the hotel in about 1875, which included a dining room on the main floor. 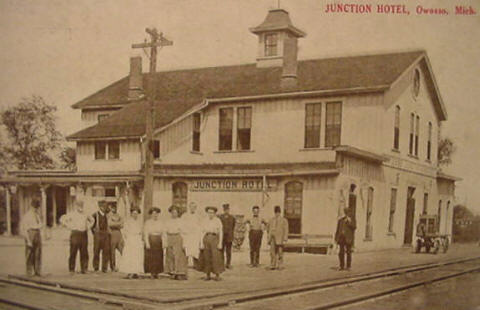 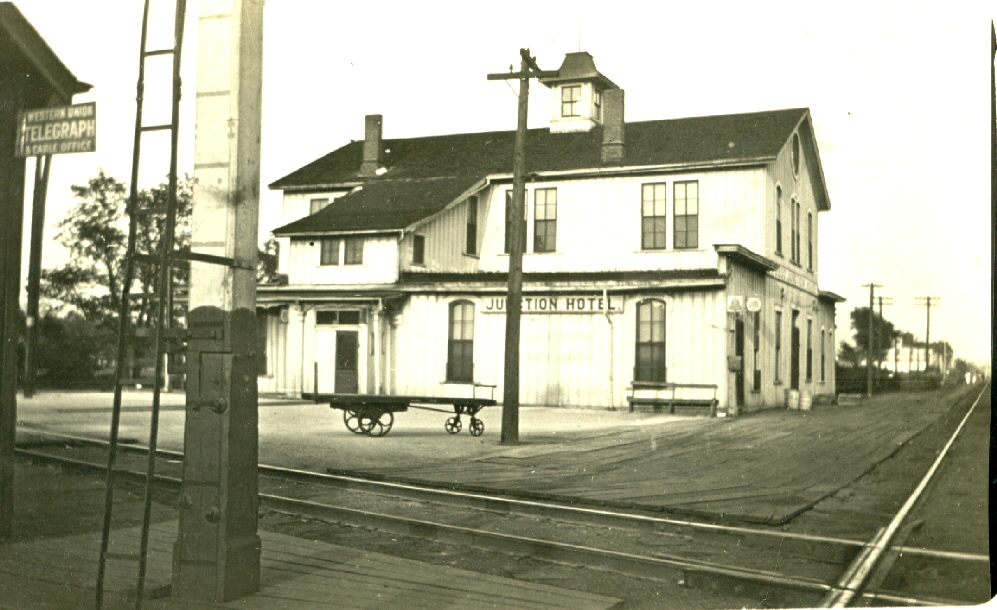 The Junction Hotel was located at the junction of the Grand Trunk and the Michigan Central Railroads in Westown Owosso. In the foreground you can see the 'Diamond'.

George Thomas, born in England in 1812, came to Michigan from Canada. In 1871, he moved to Owosso from Detroit and purchased an interest in the original railroad dining room owned by James Apted at the junction of the railroads which ran through Owosso. He soon became sole owner and built a new Junction House Hotel, above.

This Hotel was known for delicious food and Mr. Thomas died in 1899. His daughter continued the business until about 1920 when the hotel was torn down. George Thomas was the greatgrandfather of Thomas E. Dewey, presidential candidate. 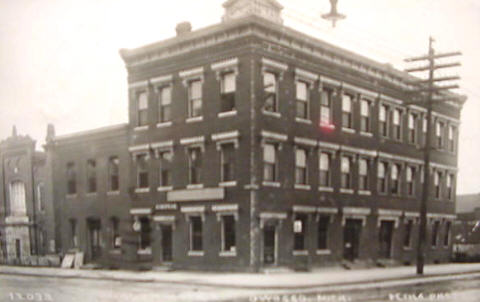 The Exchange Hotel was built in 1880, later called the Hotel Hauck. Here it is in 1912 located at the southwest corner of Ball and Exchange Streets.

N.F. Hauck purchased this hotel on May 1, 1906. He and his wife also owned it's restaurant. 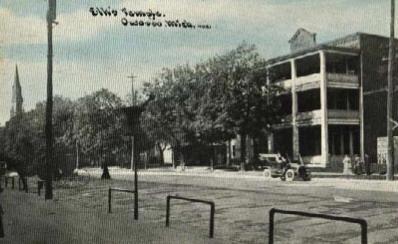 Ira and Louisa Perkins owned the Merell House of 55 years and it was located on N. Washington St.
Later this building became the Elks Temple.

Back to Page One