Shiawassee County, Michigan
Alvin M. Bentley IV along with his wife Sue purchased a 328 acre farm at 763 E. Grand River Rd. in Shiawassee Township in 1962 from Dale Wood Sr. They named it Maplewood Ranch, however the name was soon changed to Maplewood Farms. It quickly became a horse breeding and livestock farm as indicated in the following advertisement. 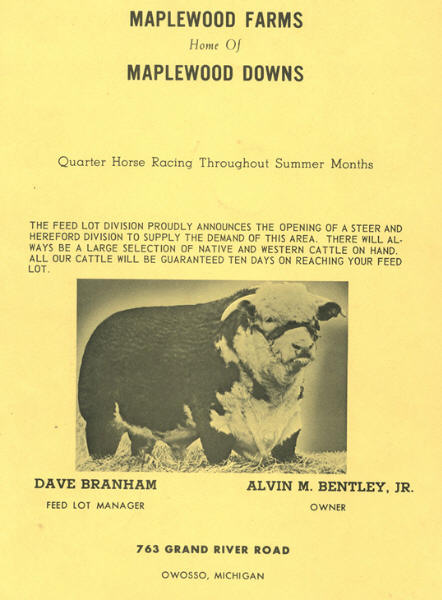 Maplewood Downs was the ultimate dream of Al Bentley who established it in 1964. His father was millionaire and former U.S. Congressman Alvin M. Bentley III. 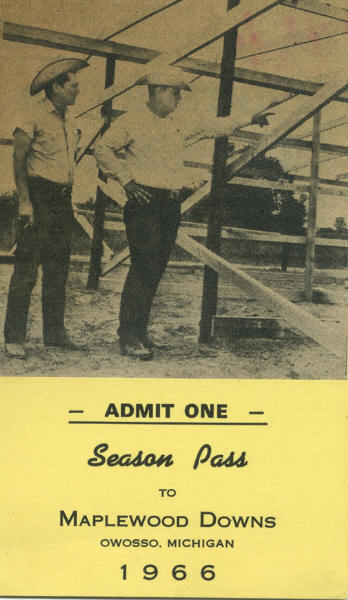 The horse track was located on young Mr. Bentley's farm on Grand River Rd., six miles south of Owosso. Above, Mr. Bentley right, along with his partner, Bob Burgess of Tulsa, Oklahoma. Mr. Burgess was long recognized as one of the top quarter horse trainers in the country. He was named president of Maplewood.

Maplewood Downs was to be developed over a short period of time into the premier quarter horse track in the country. This was not to be. 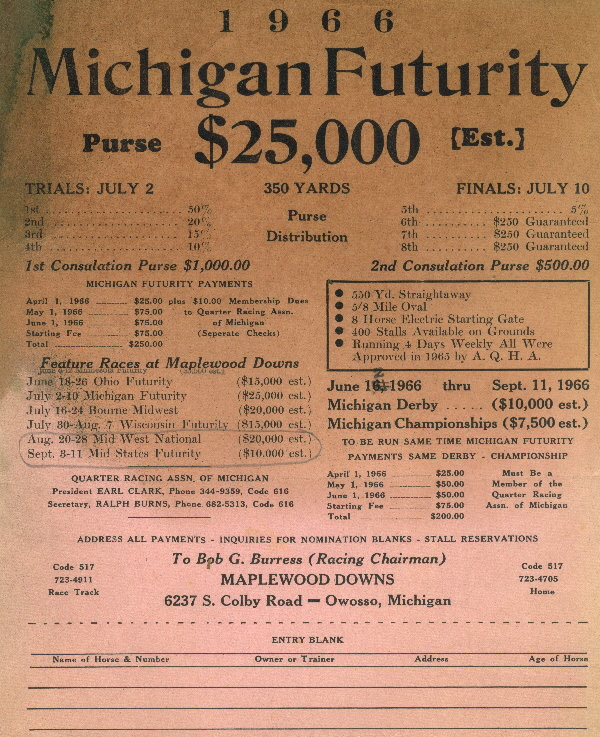 The Owosso Argus Press reported on July 7, 1965 the Michigan Quarter Horse Assn. decided to have all events that year at Maplewood including trials and final races.

Maplewood Downs was a sprawling enterprise with a quarter mile track, two 124-stable barns, a warming barn, bleachers, improved roads, parking area and a concession stand. Also a stabling barn with 80 stalls. On race day, 380 horses and their owners from all over the United States gathered for the hugh events.

Purses ranged during the 1965 season from $200 to several thousand. 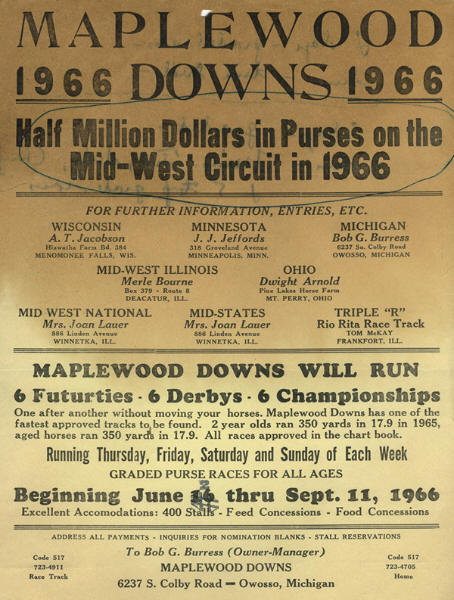 However, by the 1966 season there was growing opposition to the expanding farm and horse track by neighbors, government officials and other Shiawassee County residents. Either from the possibility of organized crime or just the influx of traffic in the area, added to their fears. The dreams of the Bentleys were dashed and by 1967 they left the farm and Shiawassee County.
Looking for more info and photos....
please e-mail to the webmaster.

Frank Gilbert and his Threshing Machine